Reliving History in the heart of an industry

The Province of Alberta was settled in the 1880’s as the primary Canadian ranching area. Alberta beef remains a statement of high quality throughout the world. In 1914, oil and gas were discovered in Turner Valley – the single largest find in the British commonwealth. It was an oil rush, just as Canadians headed off to Europe to fight the First World War. The ensuing economic boom brought in workers from all over North America, living in a tent city in the heart of ranch country south of Calgary. At the same time, Alberta brought in alcohol Prohibition in a strong temperance movement. Determined drinkers set up whisky stills on nearby ranches, and a booming trade of speakeasies, illegal whisky trade and illicit activities. The industry spawned Canadian liquor fortunes, and included such notables as Al Capone, Sam Bronfman and the Sundance Kid. Turner Valley, Eau Claire’s home, was a wild frontier town and was at the centre of the Alberta prohibition past. 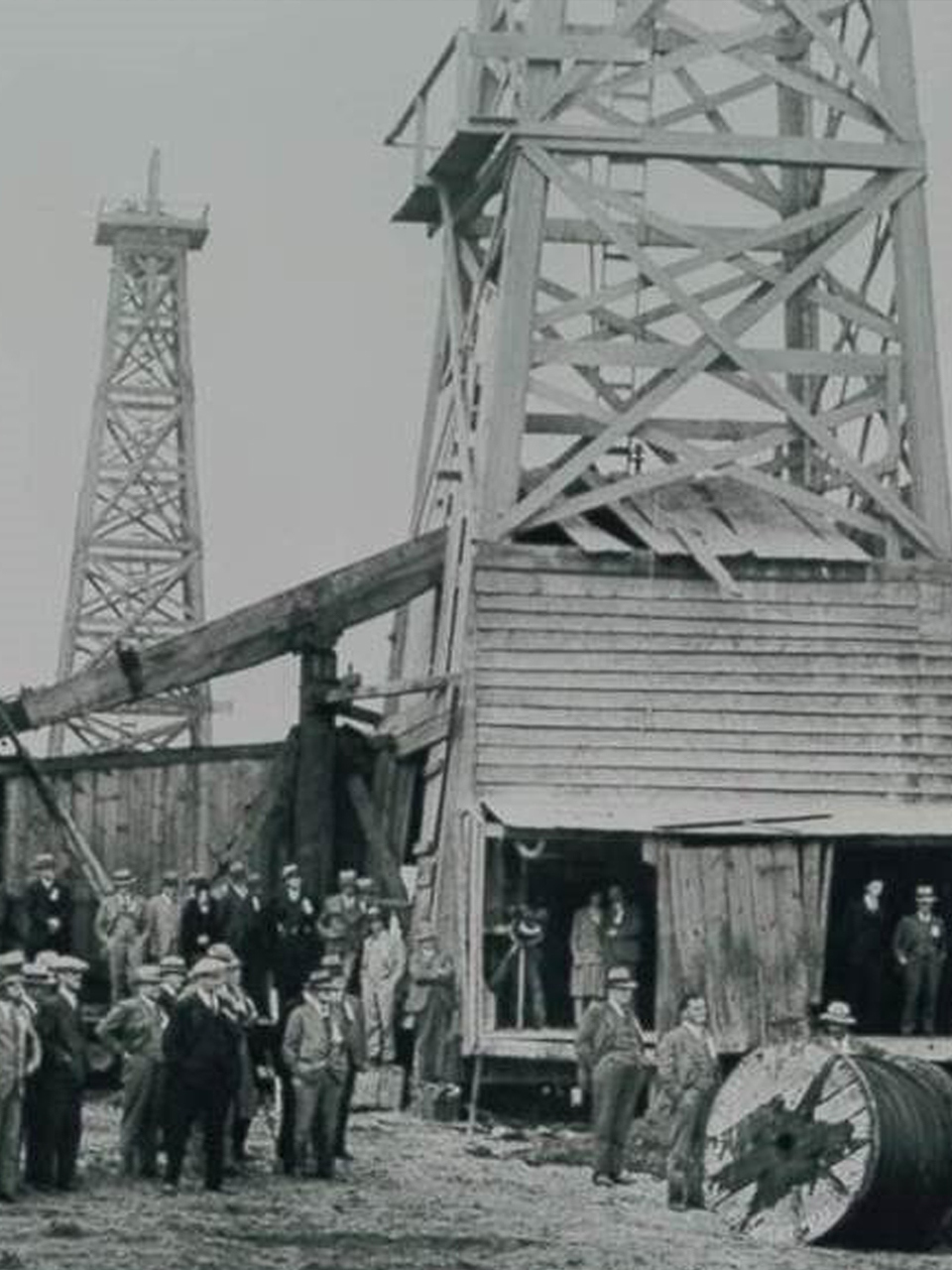 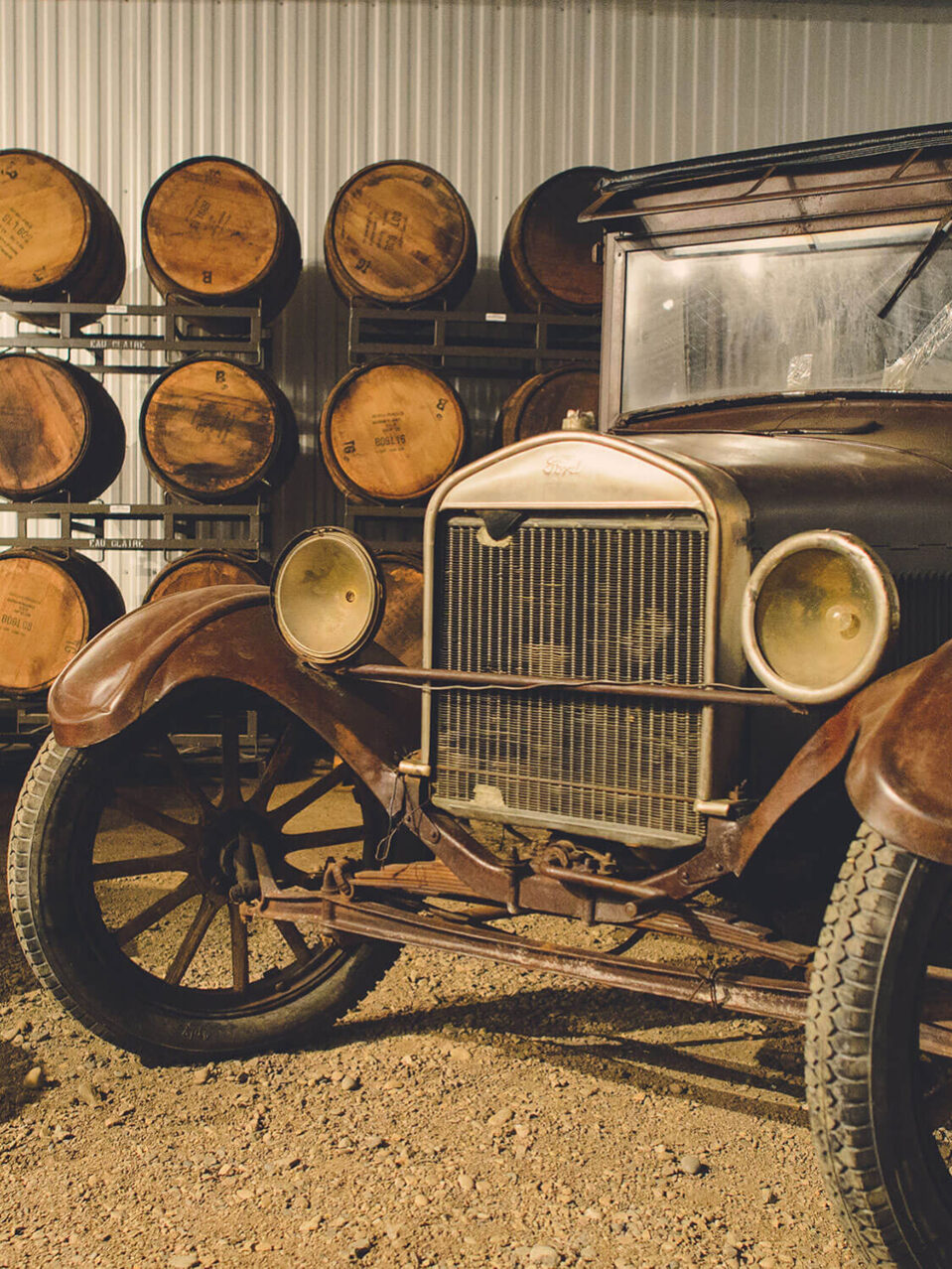 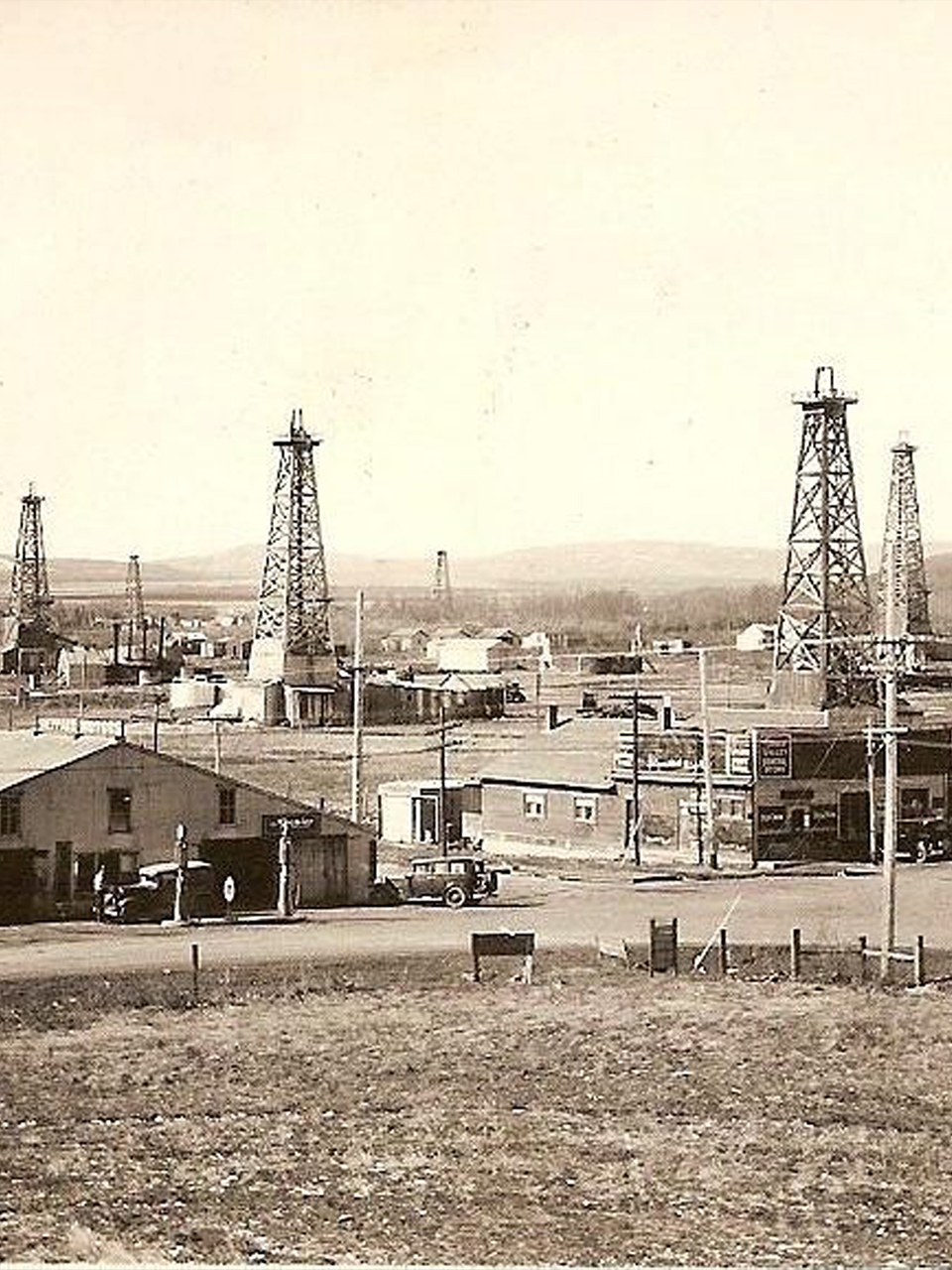 Eau Claire Distillery is in the heart of Alberta’s liquor history, in a series of 1920’s buildings that previously housed speakeasies, a brothel, a theatre and an old-time bowling alley. It is flanked by aptly named Whisky Ridge and the old speakeasy locations of Whisky Row and the Dew Drop Inn.

A distillery with real horse power

Eau Claire has a unique heritage of horse farming for special edition whiskies.

Since inception, we have farmed about 20 acres of barley using Percheron draft horses, antique farming equipment from the 1920’s and traditional methods of farming. It keeps us close to our farm-to-glass heritage and preserves farming methods in place before the age of modern farming machinery. We believe it keeps us connected with the terroir of the land and is an investment in preserving our heritage. 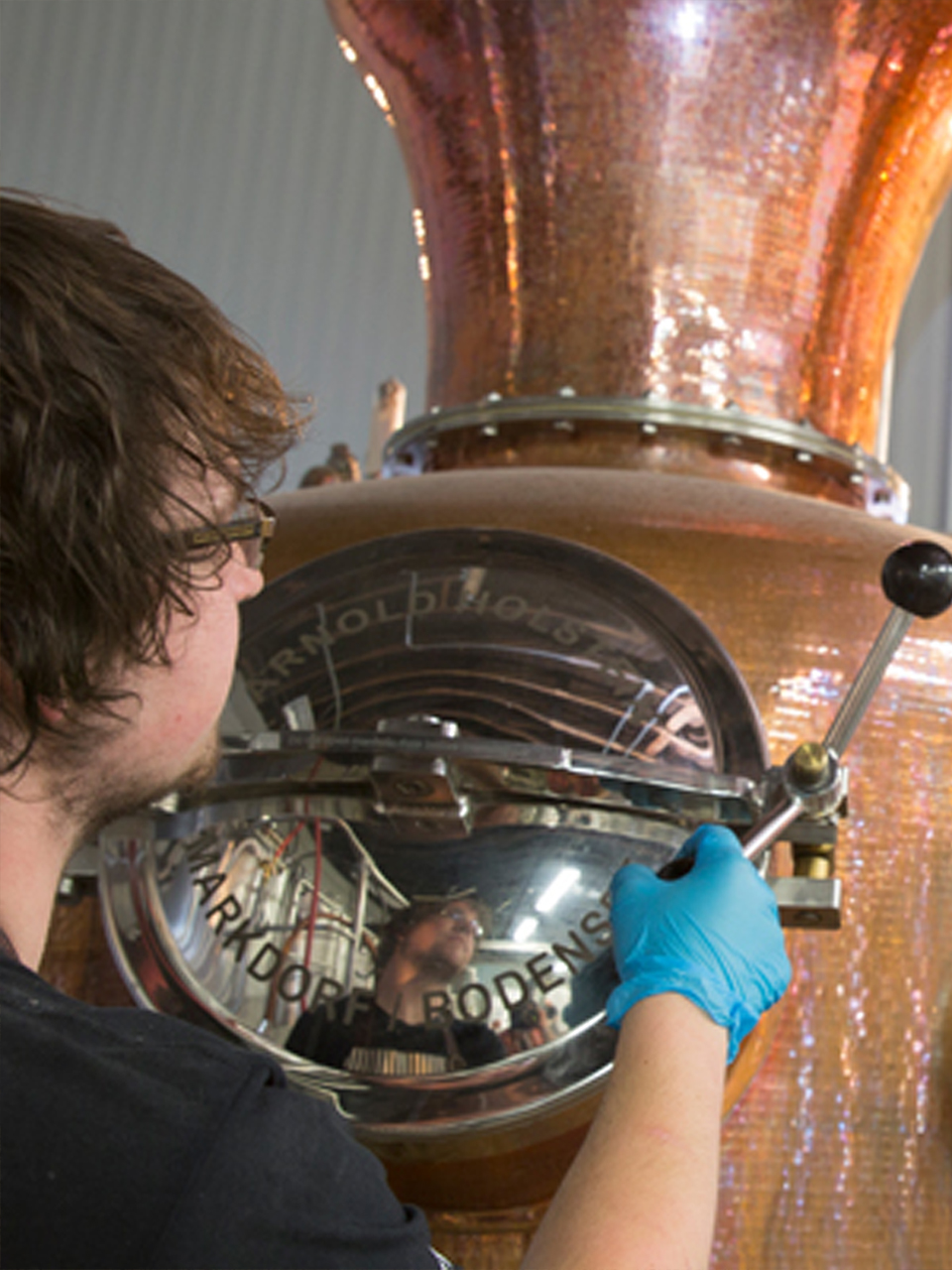 Eau Claire is committed to traditional, small batch distilling using a hands-on process that mixes art and science. Our copper stills, custom built in Germany, enable us to make our award-winning products using only the best ‘hearts’ from our still. Our team of Master Distillers bring a high level of international expertise, following the centuries-old Scottish distillation experience. Each batch is carefully produced in our facility, from farm to glass. All of our products use Alberta barley, considered the best barley in the world.

Reaching new heights in the world of whisky

Eau Claire is located at 4000 feet above sea level, in the foothills of the Canadian Rockies. Our high-altitude production facility, creates an unusual whisky maturation that is accelerated by the dry air and wide temperature fluctuations by season.

The taste from up high

Born in Winnipeg and raised in Scotland, Caitlin Quinn has her Master’s in Brewing and Distilling from Heriot-Watt University in Edinburgh.

After completing a degree in Chemistry, Caitlin enrolled in the brewing and distilling program at Heriot-Watt after realizing that the life of a chemist wasn’t for her. Thankfully for us, life as a Distiller was! She moved to Calgary in 2015 to be a part of the Eau Claire team. Caitlin has a unique talent of bridging the art and science of distilling. Caitlin manages an incredible team of distiller’s assistants and distillers. In her time at Eau Claire, Caitlin has headed the distillation of our award-winning core products, our limited edition Distiller’s Series and has overseen the creation of our incredible canned craft cocktails and tonic waters.

Caitlin has led the charge in perfecting our growing whisky program with the release of several Single Malt Whiskies and our Rupert’s Exceptional Canadian Whisky and Stampede Canadian Rye Whisky. 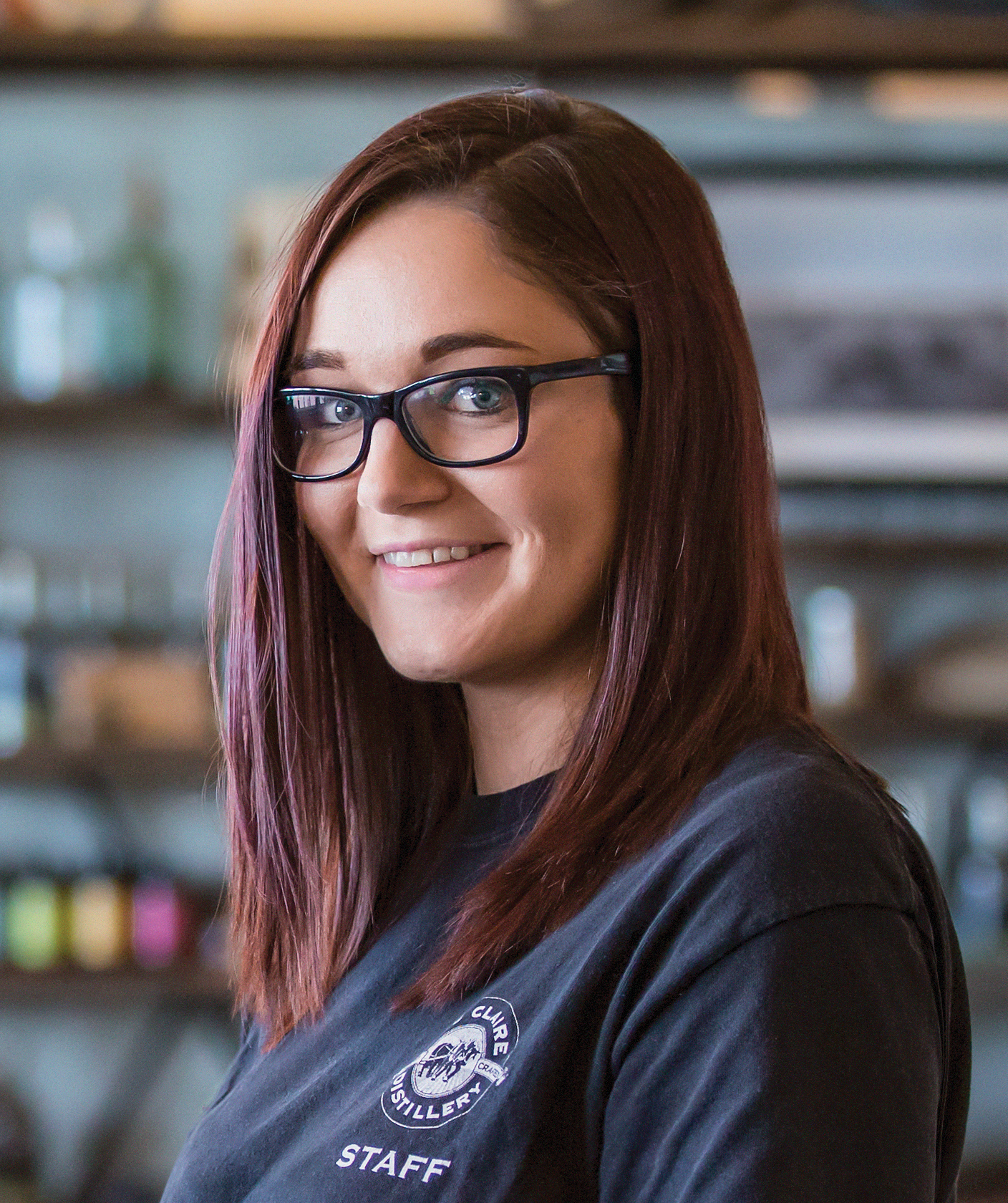 David’s passion for Eau Claire began with a sincere belief that Alberta’s world class agricultural bounty should be the home to a strong distilling industry. When we ship our grain worldwide for spirits production, it seemed extraordinary that Alberta didn’t have a craft distillery producing local, handcrafted spirits. Combined with deep historical roots in Alberta farming and ranching, David’s hobby of farming with draft horses seemed to be a perfect combination – thus Eau Claire was born.

As a former Vice President of Big Rock Brewery, a Canadian born British Diplomat, a packager of international adventure travel, and a well respected leader in North America’s veterinary industry, David’s awards and accolades include Ernst & Young’s Entrepreneur of the Year, Canada’s 50 Best Managed Companies, Alberta’s 50 most influential people and many others.

David’s entrepreneurial zeal is evident in Eau Claire’s pioneering and purist take on the Alberta remake of craft distilling. As Founder and President of Alberta’s first craft distillery, David connects a love for agriculture, a deep understanding of craft artisanal spirits and a conviction that Alberta should be the home of ‘best in class’ distilled products.

Howdy, thanks for visiting us! Please wait while you're redirected to your Country's online store. Enjoy your stay.