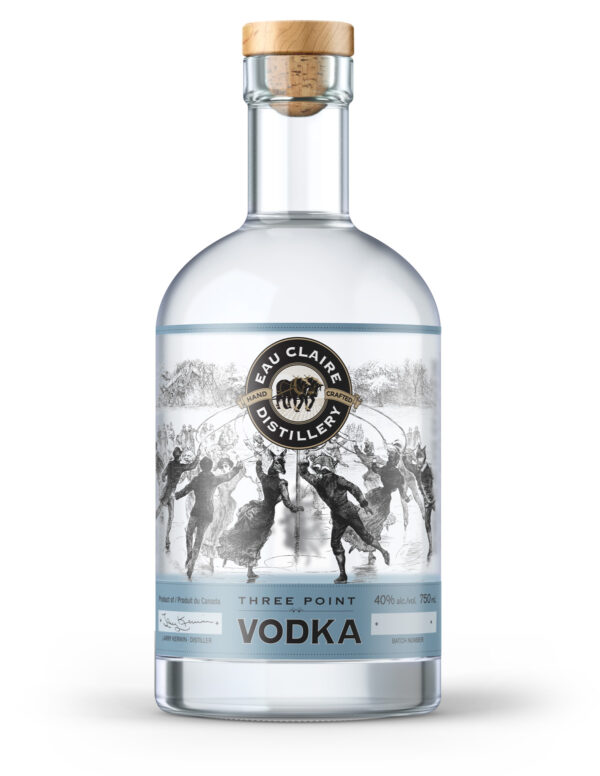 Smooth as a River

Three Point Vodka is made for social animals and is the instinctive choice for discerning vodka connoisseurs. Beautifully smooth, this premium vodka is perfect in a martini, with a favourite mix or on its own.

Three Point Vodka is named for Three Point Creek, a tributary to the Sheep River where our vodka is produced on the edge of the Rocky Mountains.

Because the spirit is distilled from Alberta barley, Three Point drinkers detect slight notes of banana, vanilla, caramel, and hints of the underlying grain, showcasing the best of Alberta barley.

The bottle depicts a classic Canadian social scene, skating on a frozen creek around a May pole – perfect for a vodka named after the local Sheep River tributary.

Caramel and vanilla with a delicate floral bouquet